Painkillers with or without a prescription?

At the dentist’s there’s the local anaesthetic,  with a gastrocopy you will be aneasthetized.  For people today it’s normal to suppress pain. The market for free market painkillers is booming.  However,  when is it advisable to go to the doctor?

That’s not the way it goes 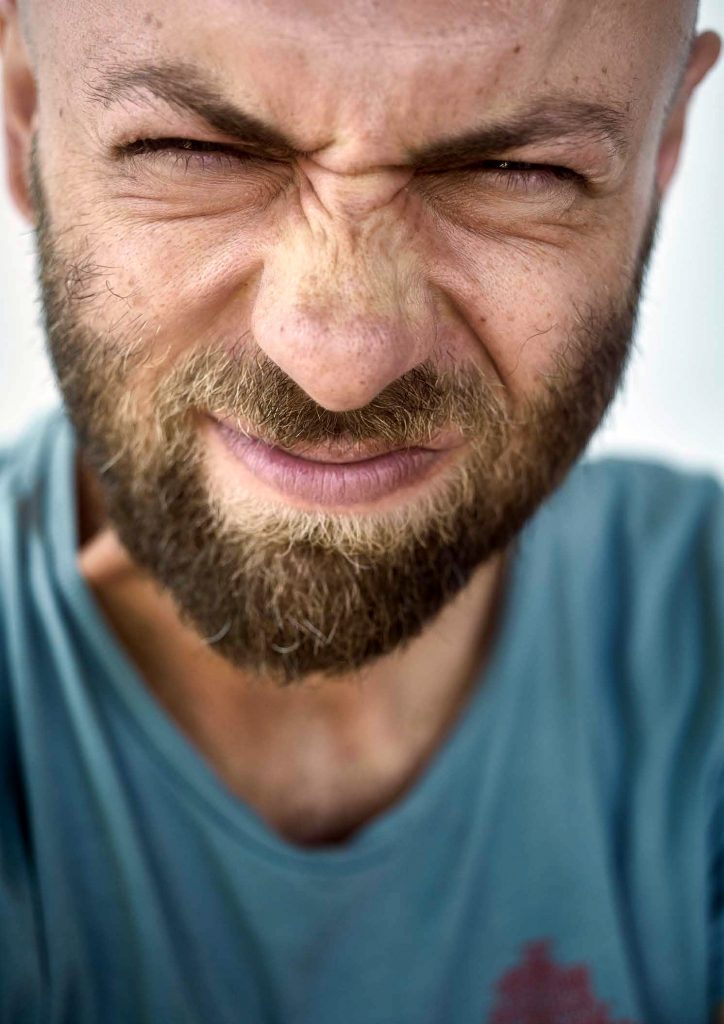 Germany,  10.00 in the morning.  Whether Lorenz F is running a marathon or Harry F is playing football. An „Ass“, „Para“ or „Ibu“ is taken before hard sport,  so that Lorenz reaches the finish undamaged or that Harry can carry on playing after a rough foul as if nothing has happened.  „Diclo“ is sprayed by cramp and all’s well. After sport there’s some hefty drinking and then the sports car thunders home, while Carola already trembles at her desk because she can’t mess up her Maths exam tomorrow.  Her companions are nervousness and headaches.  Luckily,  she gets a tablet from Mum again.  It helps.

The untroubled usage of free market painkillers from the chemist’s is booming. However,  the compounds are not as harmless as depicted on the TV adverts with the twins and cat grannies. The side effects are considerable after longer usage ( from 3 days). Together with alcohol and other medication they can even be dangerous and can lead to addiction.

90 million packets of these OTC ( over the counter ) painkillers,  to the value of 555 million Euros,  are sold in Germany yearly. The chemists give perfunctory advice („You know what it’s for…..“). In many cases the use of drops, creams and pills is not at all necessary,  say the experts. 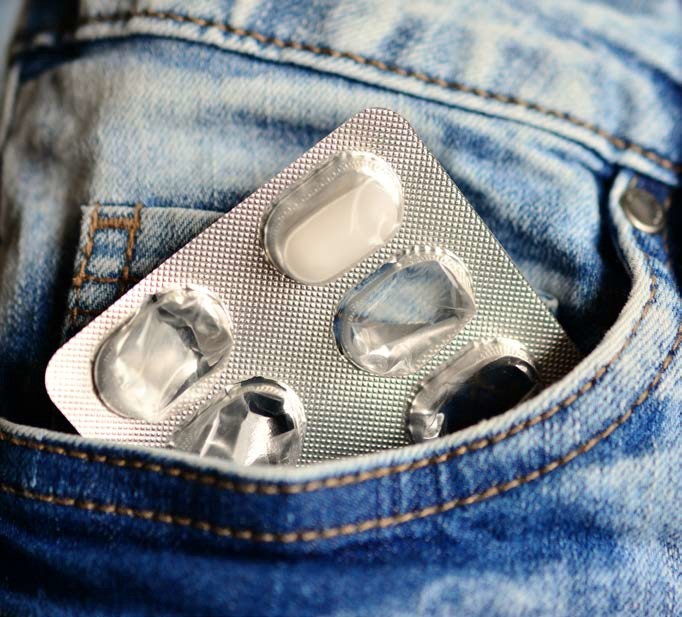 The reason for the rapid growth in painkiller sales is the population’s changing attitude to pain. People don’t see pain as the body’s warning sign anymore.  It’s a hindrance at work, with sport and leisure – and must go away quickly. Side effects are accepted. Usually a doctor’s appointment is only possible far in advance.  The patients often don’t gauge the pain properly.  With a so called trifle “ you put up with it“ or go first to the chemist who quickly sells a packet of „pain calmers“. About 20% of women and 33% of men don’t read the package insert, according to a survey by RKI (Robert Koch Institutes) and therefore don’t know that the medication shouldn’t be taken for longer than 4 days without doctor’s instructions. Fundamentally,  it is advisable to supress pain if the body is afterwards given the rest and protection needed.  However,  today the OTC painkillers are used as power pills or nutritional supplements because they are thought to be harmless. But they are not.  They have only been around longer and so don’t belong anymore to the prescription drugs.

There is a whole range of OTC substances with the same effects and side effects, whereby only the most important are named here. The substance Paracetamol is given for light, short term acute pain (toothache,  headache,  period pains). Paracetamol is found in combination with other substances in a lot of medicine,  for example for ‚flu with caffeine (for depression) and/or with vitamin C for a weak immune system.  This might help, but the repeated use of caffeine is suspected to be addictive,  so that the patient takes this ‚flu medication for longer than necessary. Then there are the bumper packs ( 12, 24 or 48 capsules), for persistent illnesses, that only have one purpose: The maximisation of the producer’s profits. Someone,  who for example,  suffers from a ‚flu infection achieves a better result with one Paracetamol tablet and a juice rich in vitamins. This only costs a fraction of the combined medicine.

With mild to medium acute pain ( see above), with backache and especially with a temperature, the chemist often advises the substance Ibuprofen,  because it is quicker and more effective than Paracetamol.  They forget to mention the side effects that long term usage can produce : Nausea,  sickness, diarrhoea,  flatulence,  heartburn,  stomach pain. Another is Diclofenac contained in creams and sprays where the side effects are similar.

And the vegetable painkillers?

The oldest painkillers with the substance Acetylsalicylic Acid (ACC from the bark of the willow) as well as the carnation and the extract of the Devil’s Claw, in high concentration,  also belong to the OTC medicine.  These substances are not as effective,  despite the high concentration, and have similar side effects.  For this reason all OTC  substances must carry the warning:
„In case of pain or high temperature do not use longer than the package insert instructs without consulting a doctor.

To avoid misuse,  OTC painkillers should only be available in packets containing 3 in the future.  Higher doses can only be prescribed by a doctor (July 2018 standards) 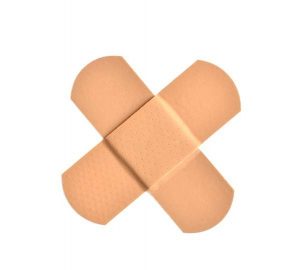 Even though Paracetamol is an OTC medicine,  it can also be prescribed by a doctor as an accompanying therapy.  For a long time now, painkillers have been employed by doctors for intensive and chronic illnesses using the regulated WHO scale which, however,  has been added to and watered down. Which medicines are to be used when is decided by a subjective rating on the pain scale (from 0-10 which the patient does himself), as well as other test measures.  A pain therapy is usually started with the known substances,  Paracetamol,  Ibuprofen etc and only increased after the pain is chronic or gets worse. Here it is important that the patient follows the doctor’s orders exactly and doesn’t buy additional OTC medicine from the chemist’s,  which would make the healing process uncontrollable. All measures,  even the taking of nutritional supplements such as vitamins,  minerals or non medical measures (such as yoga, pilates, health cures etc) should be told to the doctor.

The usual practice of first consulting the chemist when in pain and only going to the doctor with long term and lasting pain ( chronic) is the wrong path and is dangerous.  If pain becomes chronic it is difficult to get rid of.  Medical associations have long been calling for painkillers generally to be prescriptive because pain is always a warning sign which should be clarified by a doctor.  There is never the question as to when over the counter painkillers makes sense.

An article by Bernhard Veith