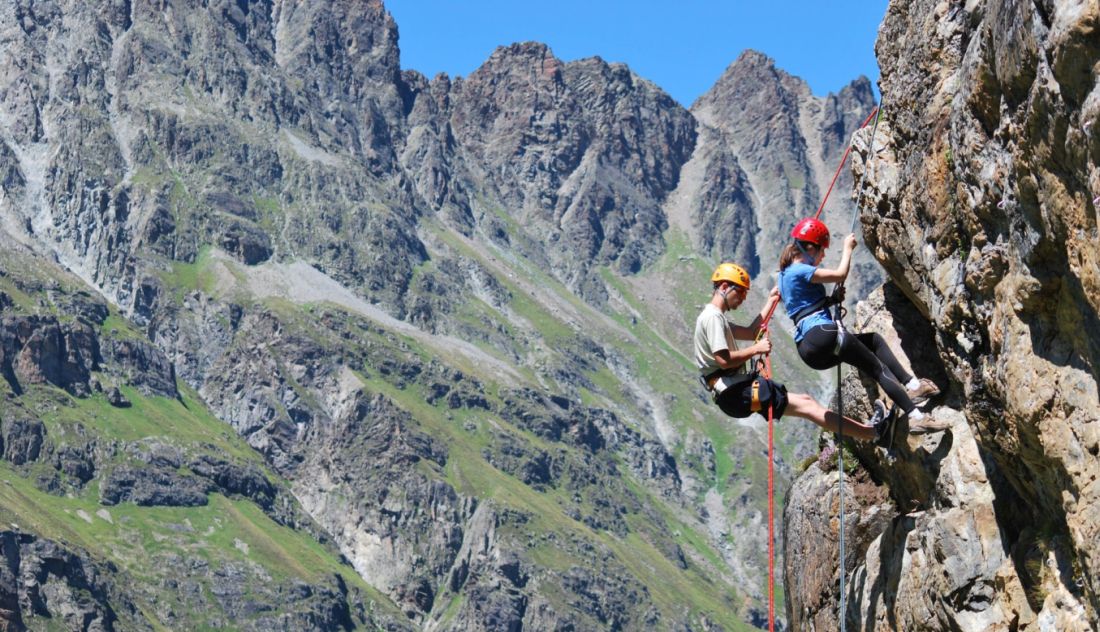 The diagnosis Multiple Sclerosis (MS) sounds at first like the end of the world. This illness of the nervous system is caused by inflamation in the brain and backbone marrow and, in consequence, symtoms, such as sensitivity, sight and movement impairment, lameness or complete exhaustion, occur. The course as well as the symtoms are individually so different that MS is called the “illness with a thousand faces”. The German MS Society estimate that 200,000 people throughout Germany have MS.

Many sufferers, when they get the diagnosis, don’t know what they are able to or should do. They have no idea of whether the illness will mean limitations. The way you deal with the uncertainty is vital for the quality of life because fear of the illness came lame just as much as the illness itself.

This vicious circle of uncertainty and fear is the concern of GäMSe. The climbing group with many voluntary helpers was founded in 2013 and at that time included 3 trainers/helpers and 7 sufferers. Meanwhile the group has grown to 28 climbers, 5 family members, 12 trainers/helpers and 3 mascots. It was awarded the “Gold Star for Sports” in gold by the German Olympic Council in January 2018.

Climbing, an extreme sport which for many people rings of challenge and daring, shows the moutaineering fanatics the wealth of things they can do. Whoever conquers the house-high climbing wall or a mountain gets a large portion of self confidence and optimism in return, and the view point changes from what you can’t do to the unthought of abilities and everything that is possible.

For the members of GäMse fun is very clearly in the foreground. One clear signal given by the climbing group is the strong integration of family members and friends as helpers. They all meet in the climbing hall in order to conquer the routes. Under the watchful eyes of friends and family the climbers fight their way to the top and are cheered on or sympathized with if it doesn’t go so well.

It is an important matter for the initiator Peter Weigel to start up new groups. He put a map on his homepage showing the known climbing groups in Germany. While there is a wide range of offers in Munich, Nordrhein-Westphelia it looks bare in other parts of Germany. There is an invisible border running from Münster to Dresden and not one club is marked on Weigel’s map north of that. 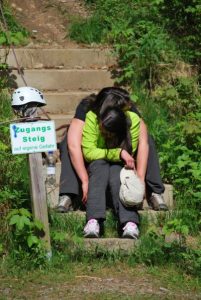 He called a meeting to life in Fulda, to which the members of similar climbing groups attend, in order to strengthen team-work and give incentive to the new groups. The German Alpine Society is there, too. Throughout Germany there are now more than 20 climbing possibilities on offer for people with MS or other handicaps.

Some important aims have already been reached due to this network: The head office of the German Alpine Society has declared itself willing to introduce a safety certificate for people with handicaps. They have been available for a year now. For 2 years now the Alpine Society has offered a training course “Trainer C for People with Handicaps”.

You will find further information here:

You will find an overall view of the map and a short introduction to  active voluntary climbing groups in Germany under ” Ein Blick wert” in the menu. Peter Weigel, the founder and head of the GäMse, is happy to help any new groups wanting to start up. Email: die.gaemsen-wuppertal@gmx.de