Cannabis as a medicament

A war of conviction without facts

The medical insurance system is officially refunding the active substances in cannabis as medicine since the beginning if the year. A blessing or a mistake?  The experts are not in agreement while the supporters speak of a lack of information. The question is, who is being misleading? 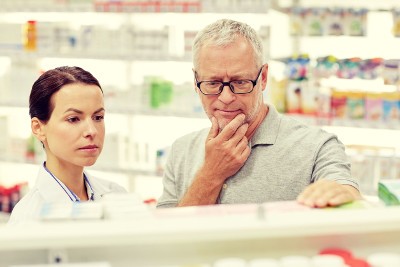 Let us say to begin: “The joint from the chemist” is as abstract as “the wonder medicine from cannabis” with which you can “provably” just “smoke away” 64 illnesses. These internet allegations are dangerous because they raise hopes which cannot be realistic. The truth lies nearer between the two.

People who are seriously ill or are disabled particularly rely on effective medicine and reliable information. Medical cannabis is not a joint but an essential alternative to conventional medicine.

Cannabis – the all round medicine?

“Patients who are seriously ill can get cannabis, in medical quality, which has been prescribed by a doctor, refunded by the medical insurance system,” says Lutz Stroppe, the State Secretary for the Ministry of Health. Too good to be true.

Then, there is a problem: Normally, a doctor can only prescribe drugs that have passed the official licencing procedure, and the medical insurance system only refund the cost of these drugs. This is not the case with the active substances in cannabis.  They have been approved, as it were, “because of the law”, without any medical foundation or licencing, not to mention scientific tests, as refundable drug medication.

The licence procedure for new medication usually takes more than 10 years from the start until the introduction onto the market. During this time the strictest tests must be successfully passed, in many stages. Less than 5% of all substances survive this procedure. The cost of licencing is between the 2 and 3 million digit range.

A further problem: medicine must be standardized, a constant result obtained, which can’t be the case with cannabis flowers. Not only the Medical Association find this worrying. The supporters use the subjective reports given by patients and the “exchange of experiences in the internet”. The fact is, that a small amount of vegetable medication is refunded by the medical insurance system, even when the pharmacological effect cannot be proved. They have had a partial effect for hundreds of years and are seen as “well established use” (according to the European directive 2001/83/EU). The substances are so highly concentrated that an effective standard medicine is produced.

In some cannabis active substances the “historical” foundation and medical tests are missing. This deficiency is now to be redressed.

“We can win important knowledge about cannabis for use in medicine using a companion annulment”, explained BfArM president, Professor Dr. Karl Broich, at the beginning of the introduction. Obtaining licences through the back door and then doing the research? That’s new and contradicts all the principles of modern medicine.

Are the active substances in cannabis really so universally usable as the internet claims? In the normal licencing tests often 5000, and sometimes 50 000, patients are involved for the indication area of a medicament. The tests on cannabis, up to now, with a total of 320 patients (!) stem from 64 different indication areas (for one test only 4 people took part ). It is understandable that such data doesn’t say a lot. 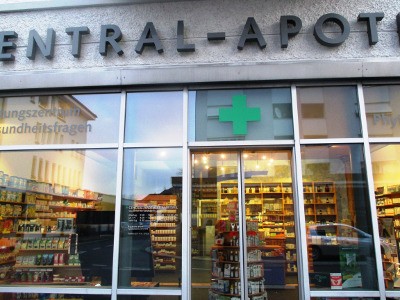 However, even in these benevolent tests, it is shown that the medical success of the active cannabis substances can only be described as “neutral”, which the supporters see as a success.

However, this looks different when compared to conventional medicine. In all events, positive results are achieved against nausea and sickness during chemotherapy. The results are, in all events, comparable with tried and tested medication for chronic neuropathic pain, the spastic problems of MS patients, treating serious migraine, with Tourette Syndrome and also chronically inflamed bowel disorders, but this, however, is not enough to justify the refunding of costs by the medical insurance system: “Cannabis medicine should only be accessible to patients who could not be satisfactorily treated with other available medicine,” said Maik Pommer, BfArM spokesman.  Andreas Kiefer, the President of the State Department of Pharmacists, clarifies another “great idea” given by cannabis enthusiasts. “As with all medicine, cannabis products have side-effects”, in particular, dizziness, confusion and fatigue.

After more than half a year, the practical use of cannabis products is still controversial. The following example will be familiar to some readers: Due to lack of time, the nurse is unable to carry out the necessary application, because it is time intensive. Up to 5 “spray pump actions” ,with intervals of 15 minutes between each one, are needed for inhalation. No nurse has that much time. A “concentrated” dose giving all the “spray pump actions” at once, gives the patient enthusiast sensations, which are, however, short-lived, because it doesn’t reach the medical advantages of the long-term 5 time dose. That this is not an isolated case is shown by the fact that almost all patients report having short “relaxation” and good, even euphoric, sensations. “If a seriously ill patient is distracted from pain, then it is a success for that person,”corroborates a chemist, when asked. Is the general situation, however, improved for the patient? The speaker for the Central Department of Medical Insurance (GKV) says no: “The proof is missing for the controlled and lasting entitlement to benefits from the medical insurance system.” Therefor the refunding of costs by the medical insurance system is, as it was before, limited because good sensations are not paid for and are private affairs. Lastly, the therapy costs 600 € a month. So, despite the run on drug prescriptions, the reimbursement of the costs will be limited.

The medical cannabis products are effective, but are comparable to conventional medicine and reimbursements are only given to a small amount of patients.

Why a joint helps some people, even if the active substances are only weak, is explained by scientists in their own way. They point out “the natural healing potential of human beings, which also help with a placebo,” influences the subjective perception. However, this is followed by a warning “It would be negligent and wrong, from the medical viewpoint, to deduce that cannabis, as a stimulant, is harmless,” warns the Head Pharmacist, Andreas Kiefer.

BfArm
The State Institute for Medicine and Medical Products

Meant under the heading “cannabis active substances” are fundamentally THC (Tetrahydrcannabinol), CBD (Cannabidiol) and synthetic THC (available in Germany since the beginning of 2017 and exclusively for use as complimentary treatment for chemotherapy). They are only available with a drug prescription. The doctor decides which form of administration is suitable for the patient. The local chemist produces capsules to swallow or oily drops to be inhaled. The plants for the vegetable THC medicine will all come from Germany as from 2019. “The State Cannabis Department” of the State Institute of Medicine and Medical Products controls the medical quality and the cultivation of the active substances.

Drugs, among which are the registered painkillers in the opiate grade, such as morphine and substitutes etc.

A contribution by Berhard Veith